The F word in Advertising: Bad copy, bad advertising, bad for us 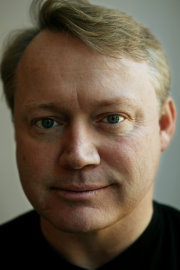 Since someone started messing around with fashion brand FCUK it's been the  proverbial slippery slope in use of crude language in advertising. I actually wrote this piece a couple of months ago, and then did no get around to posting it. Yesterday news broke of a major company, Unilever, breaking the taboo in the use of the F word in advertising in Germany; so I  thought it was past time to get it out. Maybe I could have prevented this  particular travesty. This is not about the occasional slip of the tongue or embarrassing moment,  as just happened between the mayoral candidates in London. This is about  brands and agencies making a deliberate and consider choice to use  profanity in copy.

American comedian and genius George Carlin did a famous routine about the  "7 words you can never say on television". It is hilarious. Google it.  But there are still words that ought never to be used in advertising. Does  it make you the coolest brand manager on the block if you are the first to  use one of those words? Carlin's joke is a good one- and it was done about
30 years ago. So to run into the F word has long lost its shock value.
The F boat has sailed.


Standards vary a lot around the world. I will admit that the liberal use  of naked women in tv advertising in Europe mayhave played a passing role in
me trading Canada for Amsterdam back in the 90's. But Europeans in
particular are obviously not grasping the foulness of the English words
they use. Not that I'm above the occasional bit of trash talk if a pitch
is going the wrong way, or a meeting ends badly, or if Holland lost to
Germany in football.

But things have gone too far. Not in the "I'm so shocked" way, but rather  in the "how bloody boring" way.

H&M, in launching their flagship store in Amsterdam, had a crude billboard
featuring the F word. NY Pizza, a regional chain over here, thought "damn f'ing tasty", was the
way to go to move their merchandise:

And now "Du Darfst", a diet range from Unilever, has gone with a "F...the
Diet" rallying cry. Seriously:

Recently I came home to see my pre-teen daughters watching a prime-time
reality show called Trinny & Susannah: Missie Holland. Trinny and Suzie in
their make-over show on Dutch tv were swearing like sailors. The f word is
regularly sprinkled in titles and coming out of the mouths of tv  personalities. Not on the Playboy channel you understand. But in the  middle of an Oprah-style reality show. So whether walking down the street, standing in the main square, or tuning into prime-time TV, it is hard to avoid.

I make an exception for the web. Unlike TV, print, or billboards where the objectionable stuff is hard to miss even if you try, the internet mainly involves work that you actually have to choose to watch. So it hardly  matters when K-Swiss makes some funny and foul videos starring Kenny  Powers. You have to go looking for it. It's only in your face if you put  it there. Hope it sells a load of sneakers.

What's happening here?
Does swearing work for brands? Is language that ought to get your mouth
washed out with soap driving brand equity for FMCG brands? Are sales
racing ahead for the crudest brand of all?

I doubt it. Perhaps it's all based on a great advance in neuro-marketing (THE buzz word du moment). Do our primeval brain synapses light up when  naughty words appear in advertising? I can imagine the research now. It
reminds me of a Monty Python sketch.

What makes it all much worse is that the vast majority of this stuff is  just bad. Bad copy. Bad advertising. And bad for us. It's not funny.  It's not shocking. It's not rebellious. It is stupid, crude, irrelevant,
and lazy. So cut it out. Is there an actual adult in the house who checks
the copy before this stuff goes out? I read some research recently that
concluded that these days kids grow old too fast, and adults try to stay
children forever. It's all too true and it's depressing. Do not release
the child inside. Keep that kid locked up in your brain. Instead go off
and make some new ones. It's more fun.

Yet we don't have to be vestal virgins. Good luck finding one of those in  this business. "Hello, Boys" for Wonderbra is an example of the fun,
witty, suggestive and, yes, exploitative bit of copy that ought to be
enough. The line wasn't "f... me, boys". It didn't need to be.
The Axe/Lynx ads mostly work precisely because there is a line that you
don't cross. And yet there seems to be an explosion of advertising pushing
the limits - of the idiotic and the lame.

I am not from the Oxford English Dictionary language police, you
understand. Language is made to be messed with. It's how the word
"friend" is now both a noun and a verb (as in "to friend" someone). The
English language is notably adaptable and pliable.

"Think Different", for instance, is grammatically questionable but at least
memorable. A lot of corporate-speak lines that make up words or bastardize
grammar are just as objectionable as any swear word. But even grammar
should only be tossed aside if it generates some kind of genuine
double-take, preferably in the form of a spontaneous belly laugh, or in
making you look at the world in a new way, if only for an instant.

But somehow we let it all slide these days. The banality hides its serious
side though. It contributes to the degradation of language in the public
space. Advertising takes up so much of that space that it actually
matters. True, there are many abuses of language to rail against. I
spend a lot of time traveling and as annoyed as I am by the use of the f
word, I am equally taken aback by the radio shock-jock hacks and what they
are doing to the public and political discourse in the USA. It is as
objectionable and destructive as any swear word. Same goes for anonymous
blog comment. Even serious members of the Twitterati often sprinkle their
tweets with the F word.

The old line says that people don't hate advertising, they hate bad
advertising. Some of the best, wittiest, most touching, succinct,
intelligent writing in the last 100 years has been in advertising copy.
For a brief moment, every now and then, we have the power to create magic.
Most of the time we even get paid for it. And in that moment we can
elevate someone's daily slog. Make them smile, laugh, or think... Or we can
piss on his leg and go for the gutter.

My continental friends, for whom English is a second language, can be
forgiven for thinking that the F word has become so commonplace as to be
acceptable for brands to use, given how often it creeps into the media
these days. But they are wrong. Save it for the pub or the locker room.

99% of the uses of those "oh so very naughty" words are not only jarring
and offensive but just lazy creative work. So cut it out. Or my mother
will come to your agency and wash your mouth out with soap.